Exclusive: The movies that inspired “The Departed” return to the big screen looking better than ever. 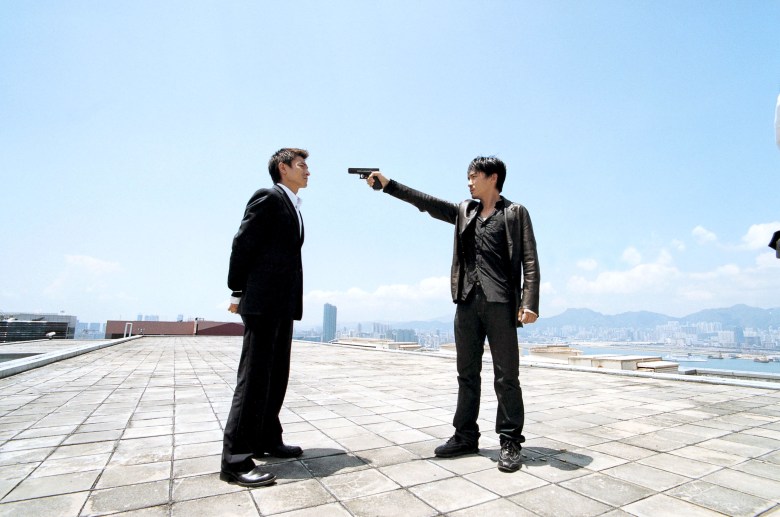 One of the most striking examples of Hong Kong action movies at their finest is Andrew Lau and Alan Mak’s “Infernal Affairs.” The 2002 film follows a cop who goes undercover with a deadly gang and a mole from the same gang who joins the Hong Kong Police as the two men struggle to find out who has betrayed them.

If that plot sounds familiar to you, chances are you’ve seen “The Departed.” Martin Scorsese’s Oscar-winning Boston police thriller is a remake of “Infernal Matters,” though the original film’s legacy is far greater than its remake. It also spawned two beloved sequels, “Affairs from Hell II” and “Affairs from Hell III,” resulting in one of the most acclaimed film trilogies of the century.

And now, fans and newcomers alike will be able to experience the films in unprecedented clarity when a new 4K restoration of the trilogy begins screening at Lincoln Center on September 16. The new restorations were created using an ARRISCAN film scanner and the original camera negatives, and the soundtrack has been remixed using the original digital audio master files.

The official synopsis for “Hellish Matters” reads: “Two of Hong Kong cinema’s most iconic leading men, Tony Leung and Andy Lau, square off in the stunning thriller that revitalized the 21st-century city-state’s film industry, released a blockbuster franchise and inspired Martin Scorsese’s ‘The Departed’.’ The setting is diabolical in its simplicity: two undercover moles: a police officer (Leung) assigned to infiltrate a ruthless triad by posing as a gangster, and a gangster who becomes a police officer to serve as a spy for the underworld. — find themselves locked in a deadly game of cat and mouse, each racing against time to unmask the other. As shifting loyalties, murky moral compromises and deadly betrayals escalate, ‘Infernal Affairs’ raises troubling questions about what it means to live a double life, lost in a maze of conflicting identities and loyalties.”

New 4K restorations of the “Infernal Affairs” trilogy will begin screening at Lincoln Center on Friday, September 16. You can watch the trailer for the restoration, an IndieWire exclusive, below:

Register: Stay on top of the latest movie and TV news! Sign up here to receive our email newsletters.