Steel mills on Chicago’s southeast side were once an economic engine that allowed workers to put food on the table for their families. But that financial security came at a cost. In its wake, the industry has left asthmatic children, vacant lots and scum-filled swamps.

In the face of these environmental injustices, the community on Chicago’s southeast side has come together to create green spaces that educate and feed residents and serve as gathering places. With the help of organizations like the Advocates for Urban Agriculture (AUA), community-focused environmental nonprofits like the Urban Growers Collective (UGC) are spearheading efforts to make green space more fair and equitable in areas that have historically been despoiled by the city, and reverse the damage that has been done to the land and its inhabitants.

UGC runs South Chicago Farm, an urban farm in the Southeast that offers farm-fresh food while engaging the community and teaching farming skills. One mile from the Indiana border and across the street from Steelworkers Park (formerly part of the US Steel Complex), the farm sits within Clara Schaffer Park, which opened in 2015 as a 14-acre public space.

Occupying half of the park, the farm is equipped with greenhouses, a community garden, a flourishing orchard, rows of plant beds, and goats. The garden produces thousands of pounds of fresh food that is distributed to the community through a mobile farmer’s market, a converted bus that acts as a “produce aisle on wheels,” traveling to underserved communities and setting up near the neighborhood hangouts. such as schools, health clinics and community centers. Like urban farms in other parts of the US: in Pittsburgh, Oakland, DC.and NYC: The farm is stepping up to serve the unmet needs of its community.

“Green spaces are places for us to come together and build community,” says Bea Fry, AUA strategic partnership and development manager. “It’s a place to come together, just talk to each other and discuss community issues.”

Working both at the city level and in the Chicago region, the group works to support urban farmers and the policies that make their work possible. Ultimately, says Fry, AUA’s job is to reimagine what it means to be in relationship with nature and with others. “The things that we put in our bodies, whether it’s the air that the trees produce, the food that we’re growing, these green spaces and farms directly nourish us, our families and community members,” says Fry. “We have the opportunity, and we are already creating something renewed.”

Today, South Chicago Farm runs like a well-oiled machine, powered by community members, farm workers and volunteers who tend to the crops. But to truly understand how remarkable and necessary Chicago’s South Farm is, one must understand how destroyed the land was just a few decades ago.

For more than a century, Chicago was the industrial powerhouse of the Midwest. The railways found a central hub in the city and heavy industry flourished.

Chicago’s southeast side saw a burst of steel production during World War II. At one point, its manufacturing plants accounted for 20 percent of all steel made in the US and 10 percent globally.

Steel is a dirty industry that produces a lot of pollution from the fuel needed to heat the metal. Chicago’s southeast side was an attractive location for steel due to its large labor force, its access to the Calumet River and Lake Michigan, and its wetland ecosystems, which provided an easy place to dump waste.

“We are left with the bodily remains of the damage caused by the city and the industry. With green spaces, we are trying to create alternatives and a healthy future.”

“The southeast side was a really swampy area, and it was considered a challenge to overcome,” says Rod Sellers, director of Chicago’s Southeast Historical Museum.

Entire lakes and wetlands filled with solid waste and slag, the stony debris that is separated during the steel refining process, up to 60 feet deep. And while the slag itself is inert, it can contain cyanide, arsenic, and a host of toxic heavy metals.

Since the peak of steel production in the 1950s and 1960s, steel mills have experienced a steady decline. Many factories were abandoned and turned into vacant lots, and polluting new industries replaced shuttered factories as the city of Chicago upheld its permissive zoning laws. 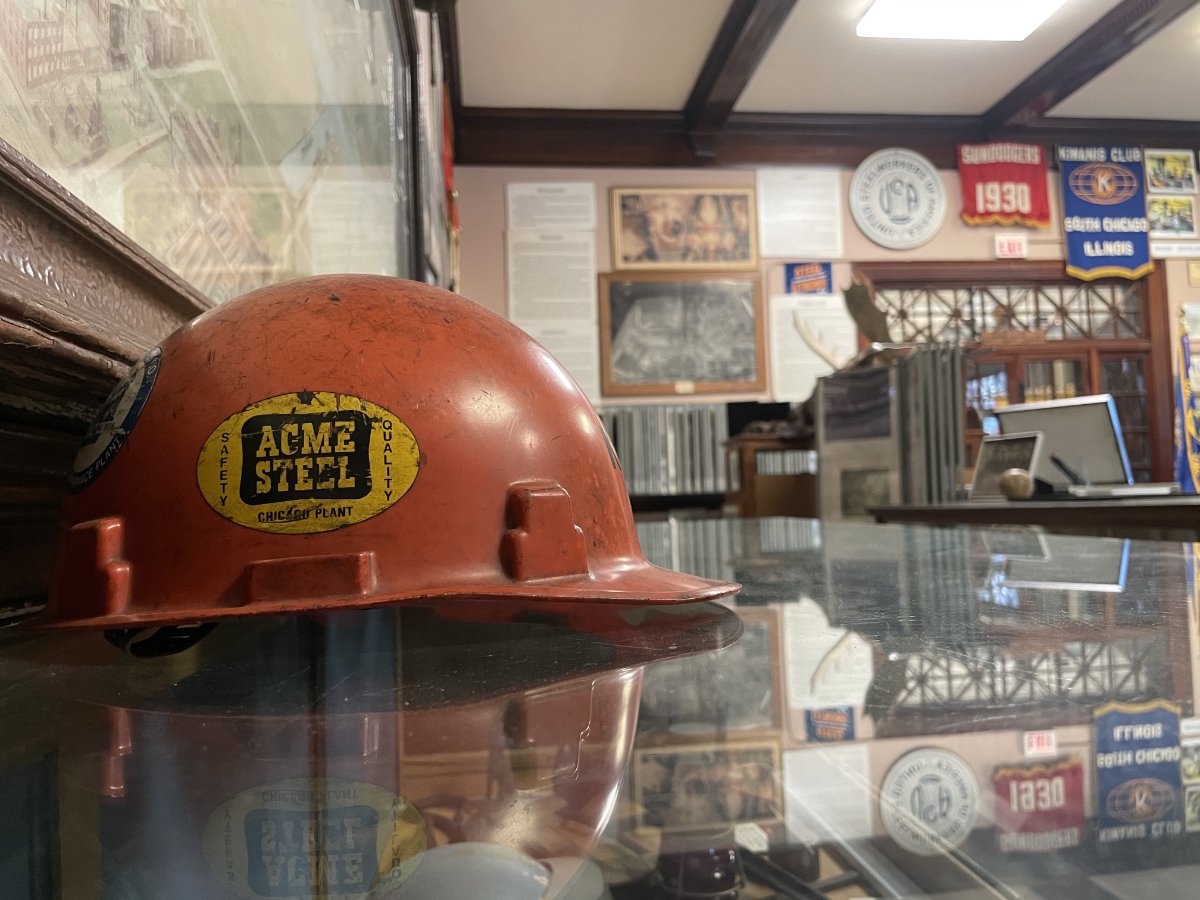 Recently, for example, General Iron tried to move its recycling facility from a more prosperous part of the city to the southeast side. Residents backed down and the application was denied, but the fight continues in the courts. And despite the changing landscape of industrial production, environmental and social burdens have persisted and taken new and damaging forms, such areas with very little access to fresh and healthy food.

“We are left with the bodily remains of the damage caused by the city and industry,” says AUA’s Fry. “With green spaces, we are trying to create alternatives and a healthy future.”