Now, with even more fun and games from the world’s most irresistible Minions, fans have the chance to learn the comedy-packed origin story of how Gru and the Minions became the world’s most villainous team! Packed with exclusive bonus content, this Collector’s Edition includes two all-new mini-movies, hilarious outtakes, a drawing (and animating) lesson with co-director Brad Ableson, and tons of activities the whole family can enjoy. Get the details below!

Synopsis: Long before he became the master of evil, Gru is just a 12-year-old boy in the suburbs of the 1970s, planning to take over the world from his basement. When the infamous group of supervillains, the Vicious 6, oust their leader, Gru attempts to join their ranks, but soon becomes the deadly enemy of the Cusp of Evil. With Gru on the run, the Minions try to learn martial arts to help save him, and Gru finds that even the bad guys need a little help from his friends. Packed with the franchise’s signature subversive humor, MINIONS: THE RISE OF GRU features the most exciting action of any Despicable Me movie!

ADDITIONAL FEATURES on 4K UHD, BLU-RAYTMDVD AND DIGITAL for your collection: 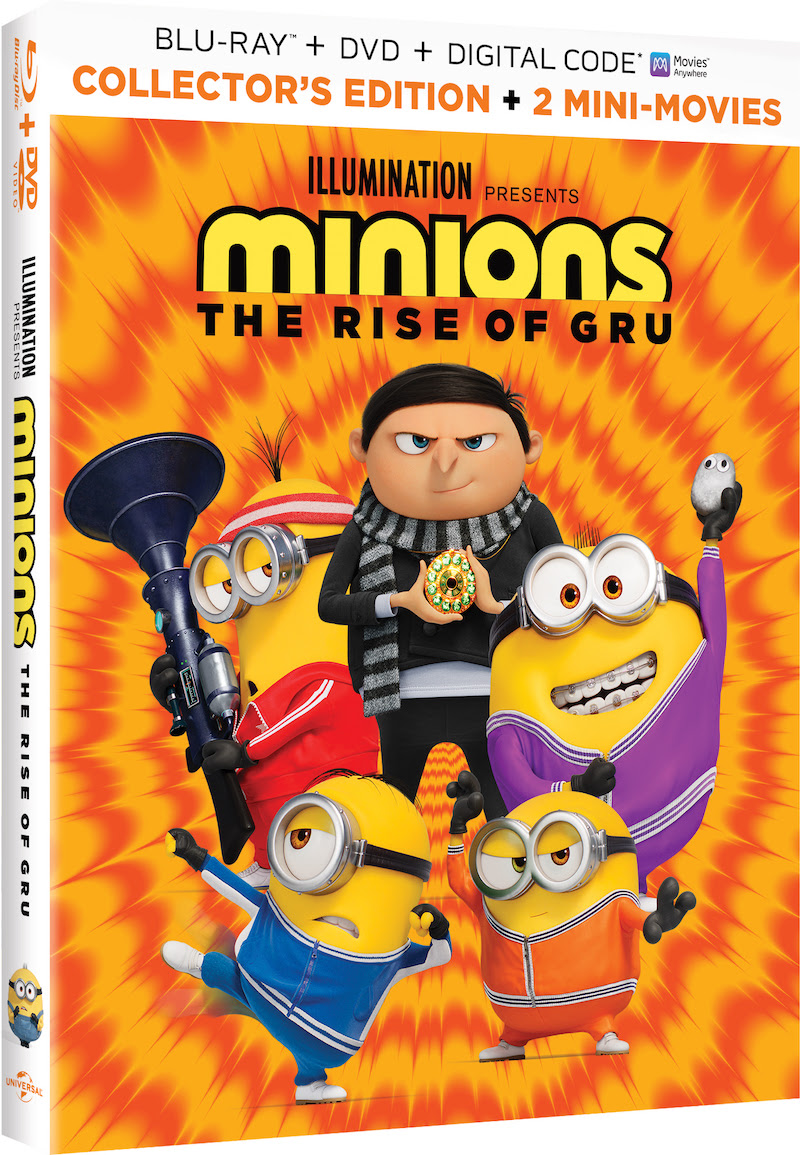 Before I let you go, we’ve officially launched our merch store! Check out all of our amazing clothing when you click here and type GVN15 at checkout for 15% off!

Be sure to check out our podcasts every week, including geek vibes live, Top 10 with Tia, Wrestling Geek Alliance and more! For great deals and discounts on Amazonbe sure to use our affiliate link!